A BRIEF HISTORY OF COOKING WITH COMPUTER

A BRIEF HISTORY OF COOKING WITH COMPUTER

If you were raised in the late 20th century on a cultural diet of Jetsons cartoons, you probably feel more than a little bit ripped off in the year 2014: No jet packs. No foods in pill form. No three-hour-a-day jobs that consist entirely of pressing buttons. And perhaps worst of all? No lovable, back-talking kitchen computer intelligences tossing out sass and electronic wisdom alongside alien pizza pies.

So where did we go wrong?

It Started with a Lie

Consumers first got a chance to have a kitchen computer of their own in 1969, seven years after Jane Jetson first prepared dinner by inserting a punchcard into a towering contraption attached to the family table—and two years after the Philco Ford company produced a short film, 1999 AD, positing that the American family would be serving up computer-planned meals of cold roast beef and no-cal beer from Philco-brand tubes. In the winter of 1969, the Neiman-Marcus catalog offered the Honeywell Kitchen Computer, a $10,600 contraption that would plan complete family menus based around a main course.

“Her soufflés are supreme, her meal planning a challenge?” the catalog condescended. “She’s what the Honeywell people had in mind when they devised our Kitchen Computer.”

Not sold? The 100-pound computer also came with a cutting board and several recipes pre-programmed. 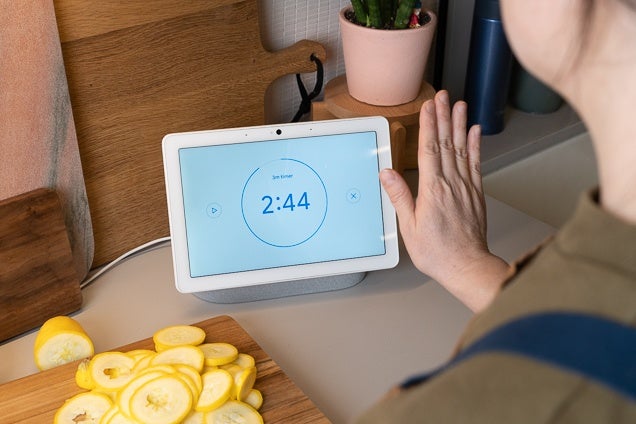 “But it was a joke,” says Paul Atkinson, professor of design and design history at Sheffield Hallam University in England.

The Honeywell Kitchen Computer—really just a commercial Honeywell 316 computer gussied up in modern red-and-white paint—was a marketing gimmick, the latest in a series of impossibly extravagant, high-priced items in the Neiman-Marcus catalog that were meant to generate talk rather than sales. For Honeywell, it helped shed its image as a fusty old brand, while for Neiman-Marcus it meant free publicity.

Maybe too much publicity, actually: Public interest proved to be so high that the company was forced to actually produce 20 of the monstrosities, which required a (complimentary) two-week programming course to use, and which communicated only in a form of binary code via a series of flashing lights. It’s not clear whether any of them actually sold, but Honeywell made history by creating not only the first real kitchen computer but the first computer for the consumer market.

In the decades that followed, the personal-computer revolution truly took off, but for the most part, kitchen programs were nothing more than crude spreadsheets or primitive databases—remember The Recipe Manager, or your dad’s frustrated attempts to repurpose AppleWorks? 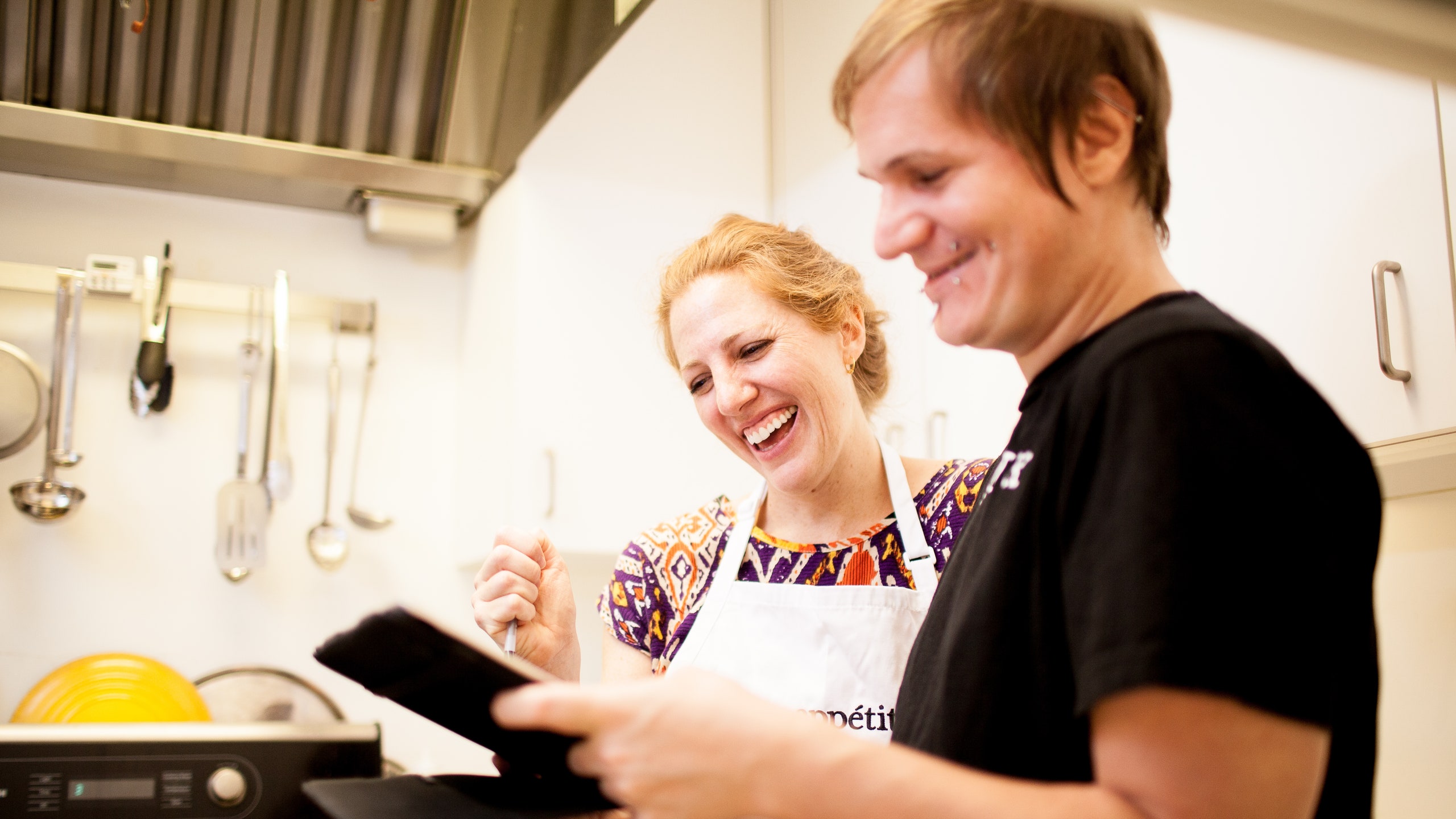 Nearly 20 years after the Honeywell, the closest consumers could get to a kitchen computer that wasn’t a glorified spreadsheet was in Hyde Park, N.Y., at the Culinary Institute of America’s St. Andrew’s Cafe. The restaurant prided itself on being the first commercial restaurant to use a computer to calculate nutritional data for its meals.

“People came in for lunch or dinner, and at the conclusion of the meal, we dropped the nutrient analysis at their place setting,” says Mark Erickson, the provost of the CIA. “It was like, ‘By the way, you had a really enjoyable lunch, and it turns out it was also nutritional.’”

It took the Internet for things to finally heat up. In 1995—when the closest to computerized cooking many people came was watching cooking videos on CD-ROMs—Epicurious.com launched its website, and remains one of the most popular online recipe databases today. (Disclosure: I wrote regularly for Epicurious.com from 2007 to late 2013.)

More ambitious, in its way, was Digital Chef, a California-based company that allowed users to scale its recipes by number of diners, and was one of the earliest to offer streaming video. Digital Chef may have proved to be too ambitious—the bandwidth available to most users at the time didn’t support video, and the company eventually closed shop.

In 1999, Electrolux saw that the future was online, and then somehow figured that that meant people wanted Internet-capable computers in their refrigerators. The Screenfridge offered consumers the ability to order food and pull up recipes from a touchscreen mounted on their fridge door, along with video memos and family calendars. 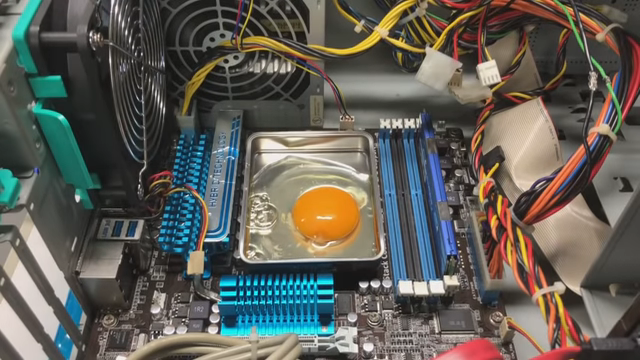 Around the same time, in 2000, 3Com introduced the Ergo Audrey, an Internet-capable computer meant specifically for the kitchen, which computer makers were finally recognizing as the nerve center of the home. Audrey wasn’t a cooking computer, but was meant to be the family’s portal to the World Wide Web, sturdy enough to stand up to kitchen-table abuse, and supplied with such relatively new technologies as web browsing, e-mail, and synchronized calendar and datebook. It also came in colors such as “linen,” “meadow,” and “sunshine.” The line failed before planned roll-outs of other computers geared to other parts of the home.

“It wasn’t marketed very well,” says Atkinson. “Just try convincing people to buy five computers, one for each room, instead of one general computer.”

After that, the concept of a dedicated kitchen computer seemed to fizzle out.

“Computers have become smaller and smaller and become handheld,” Atksinon says. “You can pull up recipes on your smartphone. So why use a separate computer for it?”

Enter the age of the app. In 2008–2009, according to Apple spokeswoman Anna Matvey, the first food apps included Urbanspoon and 20-Minute Meals—Jamie Oliver. Today, the most popular iPhone food apps include The Photo Cookbook, Epicurious, AllRecipes Dinner Spinner, and How to Cook Everything.

On the Internet, cooking sites have proliferated in the age of the mainstream gastronome, restaurant Instagrammer, amateur chef, and kitchen blogger. Hundreds of thousands of recipes are available to anyone in a heartbeat, and for free. And the future promises even more computer-assisted innovations—like, for instance, Chef Watson with Bon Appétit, our new collaboration with IBM. Erickson, for one, predicts that 3-D printing will transform our meals.

“Ten years from now, we’re going to look at computer devices that will do things of significant quality and importance in food,” he says. 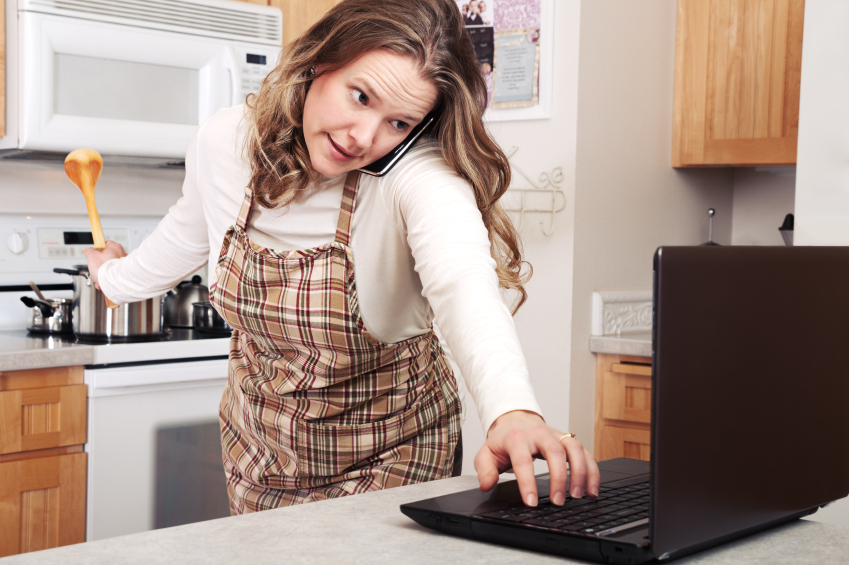 In other words, you could argue that we have finally reached the Golden Age of the food computer.

And it hasn’t escaped notice that, now that computers are finally living up to their potential in helping us prepare meals, we humans are ironically doing more actual work—by spending more time in the kitchen.

“Maybe someday Rosie will be there to help out with the cooking,” Erickson says. “But just with the prep.”